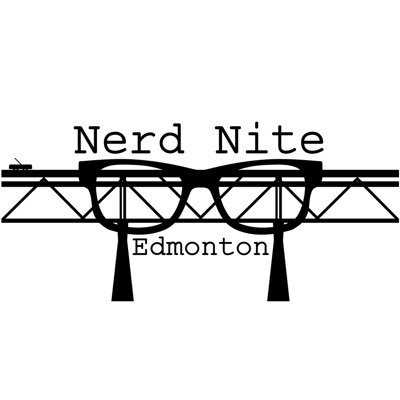 Your Nerds for the Evening:

Matthew Dutczak has been documenting and preserving the history of Edmonton via his YouTube Channel: Best Edmonton Mall. Appointed as Edmonton’s “Unofficial Mall Historian” by outlets such as CBC and 630CHED, he is enthusiastic about sharing his passion for Edmonton’s retail and entertainment history.

Michael Kreuzer: The Optics of Nerding Out

Dr. Michael Kreuzer is the owner and optometrist at Glasses Half Full, a full-service optometry clinic located in the 124 Street area. A glasses and contact lens wearer since early childhood, Michael is an expert in his field, and he will explore soft and specialty (custom) contact lenses in detail during his Nerd Nite presentation.

Christie Tucker: The Past and Future of Fighting Wildfires in Alberta

Christie Tucker is the Information Unit manager for Alberta Wildfire. She is an Edmontonian who has recently returned home after living in the UK for 12 years.

Alberta’s landscape has been formed by wildfire, and it’s something we are learning to live with. But how we fight wildfire has changed significantly over the last hundred years. Christie Tucker will tell you how.

No performance available for Nerd Nite #65

Book your tickets for Nerd Nite #65

Book your tickets for Nerd Nite #65